In collaboration with Lähiöprojekti we continued and expanded the MERI-RASTILAMME project into the season of 2017.

The district of Meri-Rastila will undergo a bigger urban development within the next decade with new residential housing and a more dense approach to the city planning. The identity of the district is evolving and the direction of it wanted to be addressed in the project.

The urban garden which was originally set up the previous year area was freshened up and generously extended with some seating platforms with embedded stones. The visualised route from the metro to the sea shore was designed newly. Together with the  illustrator Sac Magique we created a new map and flags with a playful approach which sign out the path to the one kilometer route towards the beach at Kallahti.

The urban gardens continued to invite residents to meet each other in a lush, green environment. With the urban garden and hang out the resident´s have experienced a shift in the dynamics of the somewhat troubled square: a more diverse group of users started to use the square, including local children. 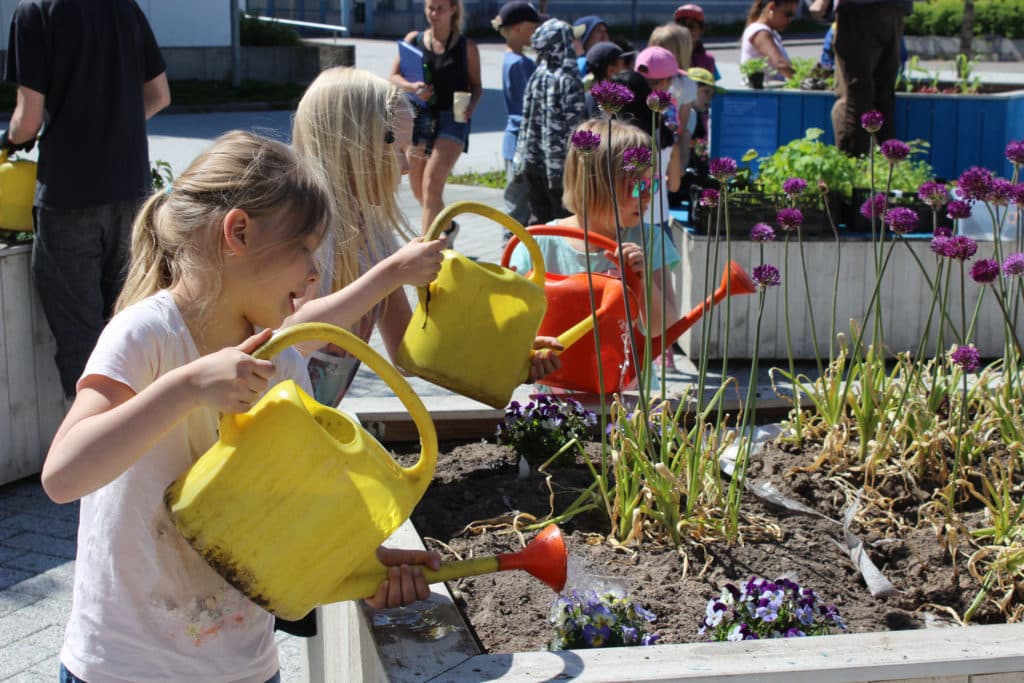 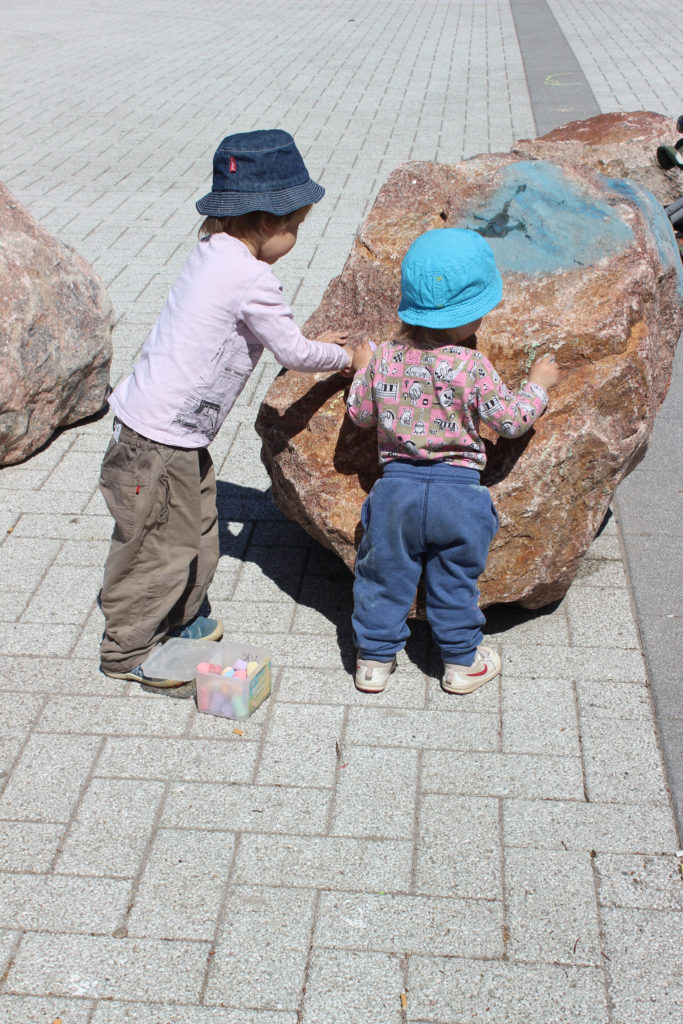 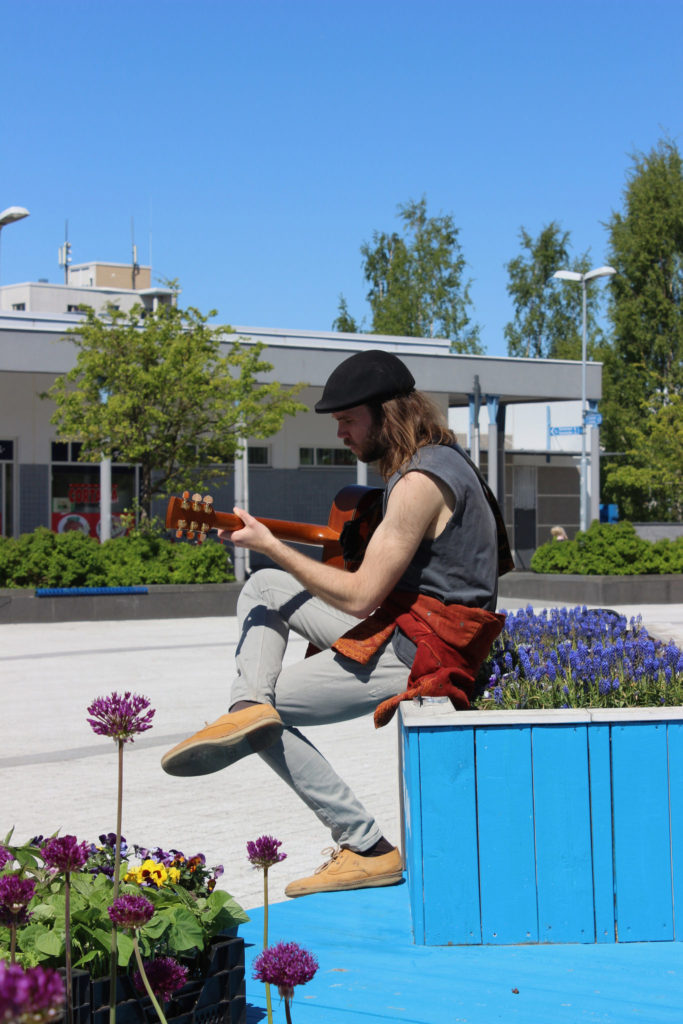 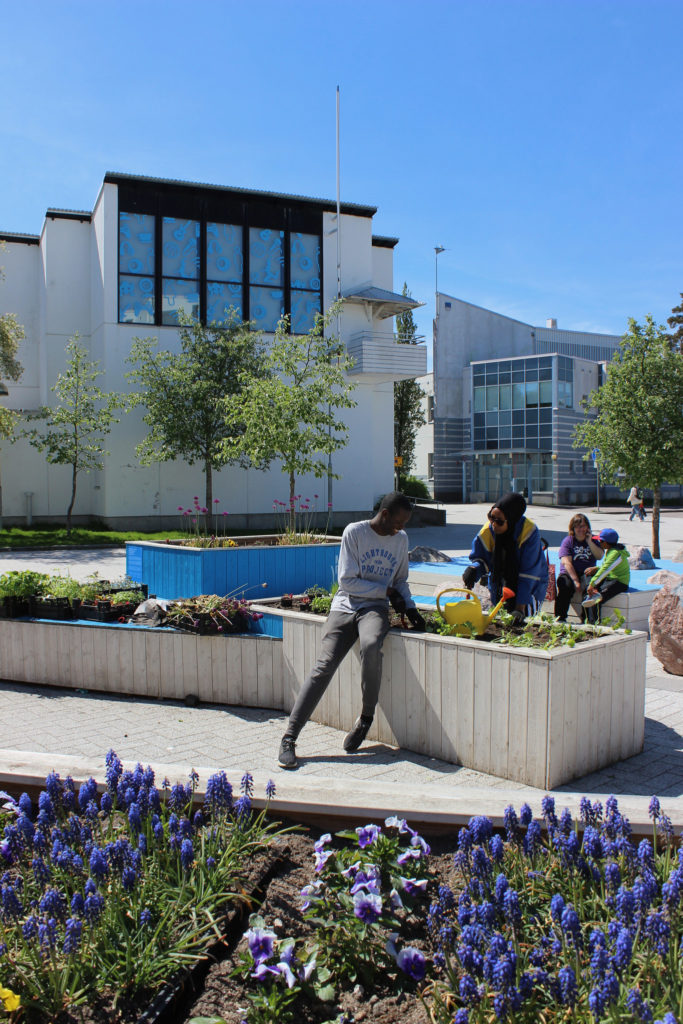 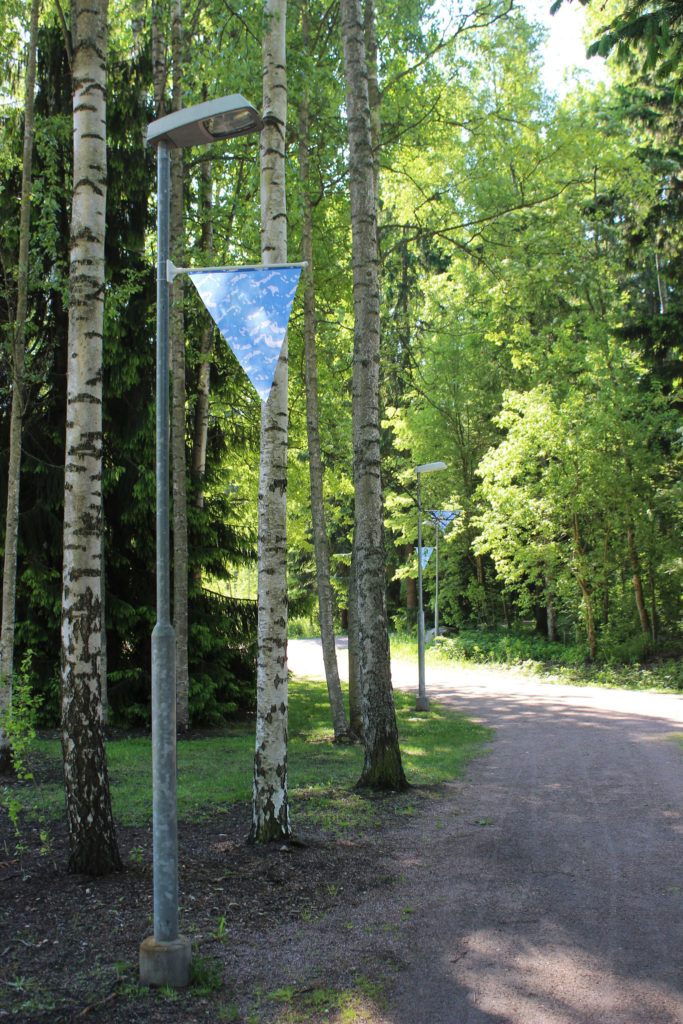 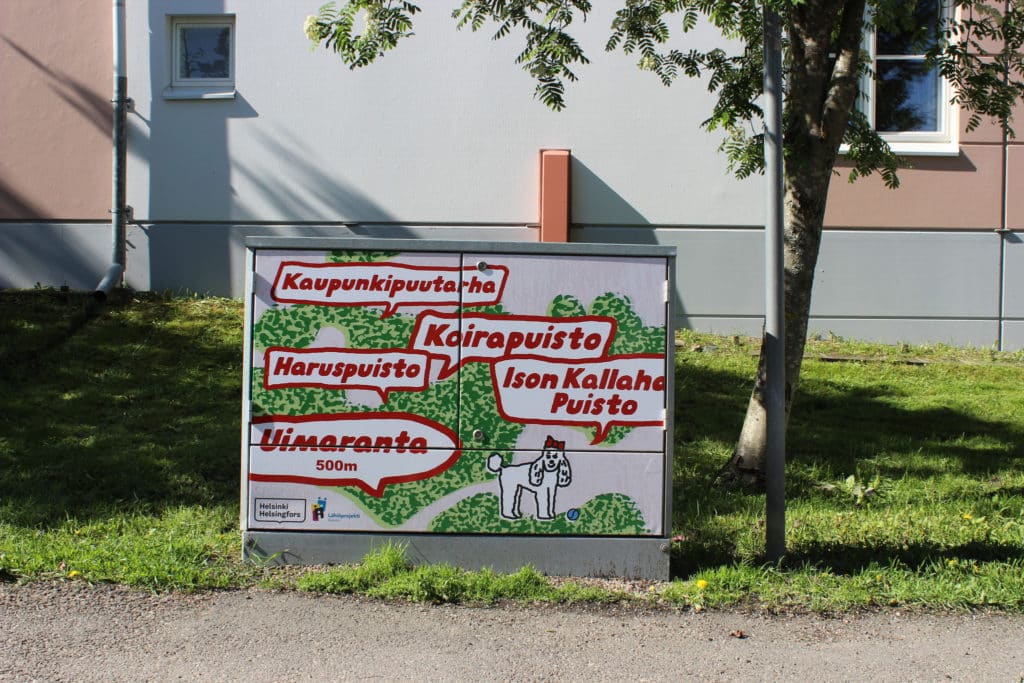