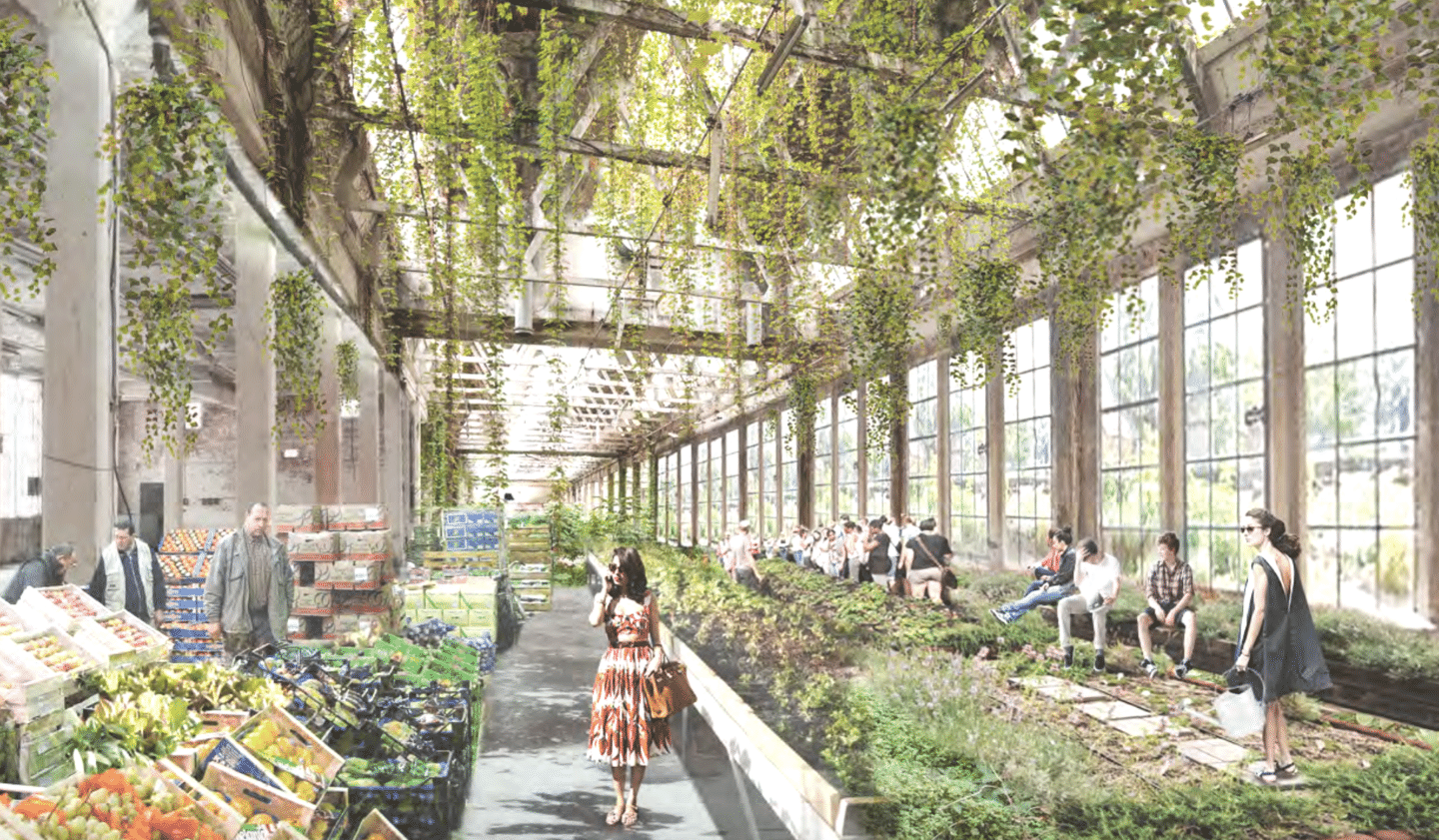 CO-OP City, New Nordic Neighbourhood is a visionary competition entry for the Nordic Built Cities challenge organised by the Nordic Innovation. The proposal won the local prize as well as the second prize in the overall competition with entries from all of the Nordic countries.

The proposal focuses on community planning and involvement; local circular economy solutions; gradual transformation and building of the district, it´s public spaces and structures . The industrial site of Kera is going through a complete transformation in the coming decades and it hosts vast industrial halls, which would be utilised in several ways during the construction process for example for storage and temporary use, and once demolished as a source of landscaping and construction materials.

CO-OP City emphasizes the importance of great public spaces and neighbourhoods which connect the residents to their home district. Päivi´s main role in the competition team was to develop the early stages and implementation to build Kera a strong identity, different forms of temporary use and the role of public art in the identity and community building process.